Things to Do in the Area 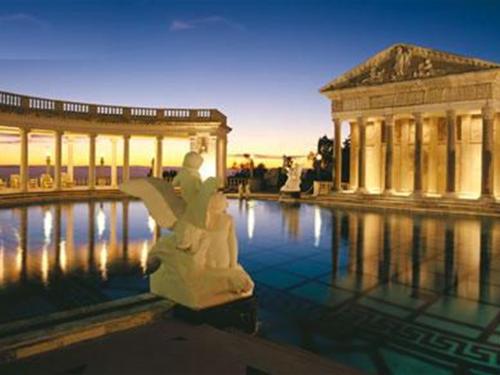 Tour this legendary estate, complete with its twenty five thousand artifacts! Hearst Castle’s history goes back to 1865, when George Hearst purchased 40,000 acres of ranchland. After his mother’s death in 1919, William Randolph Hearst inherited thousands of acres around San Simeon, and over time, he purchased more. The spread eventually encompassed about 250,000 acres. With architect, Julia Morgan, Hearst conceived his retreat, which ended up consisting of 165 rooms and 123 acres of gardens, terraces, pools and walkways—all built to Hearst’s specifications and showcasing a legendary art collection. From experiencing what life was like as a guest of W. R. Hearst to exploring his personal collection of rare and ancient works of art, encounter the majesty and beauty of this historical treasure first-hand with a guided Hearst Castle tour. 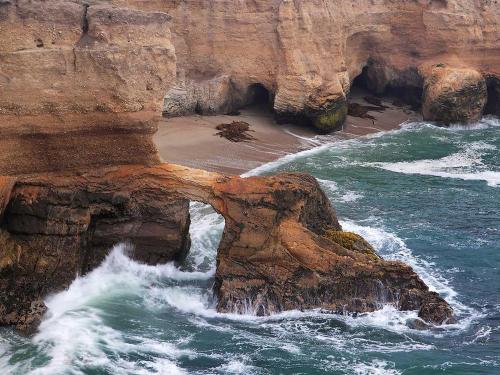 This park features rugged cliffs, secluded sandy beaches, coastal plains, streams, canyons, and hills, including 1,347-foot Valencia Peak. Naturalists and backpackers enjoy the solitude and freedom found along the park's trails. There are also mountain biking and equestrian trails. The best-known beach is Spooner's Cove, across from the campground. The park's name, "Mountain of Gold," comes from the golden wildflowers that bloom in spring. Wildlife in the park includes black tailed deer and the black oystercatcher. The park includes primitive and equestrian campsites. 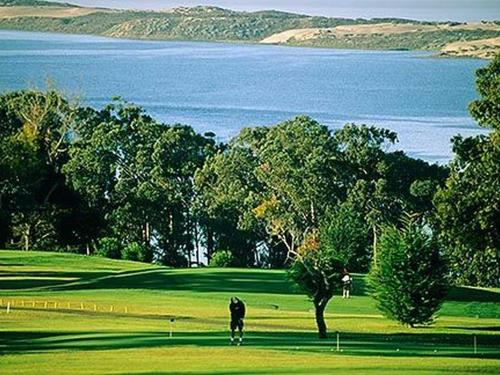 Morro Bay Golf Course is affordable golf at its finest! Often reffered to as "Poor Man's Pebble Beach," this player friendly course offers a gracious layout featuring stunning panoramic ocean views from every hole. The number one “must play” golf course on the central coast, Morro Bay is a favorite among seniors, juniors and anyone who wants to feel like they are playing a Pebble Beach-like track at a fraction of the cost. The scenic property overlooks the quaint beach town of Morro Bay while the Pacific Ocean provides the backdrop. A round of golf played at this Central Coast icon will forever solidify your love with the game that stole your heart years ago. 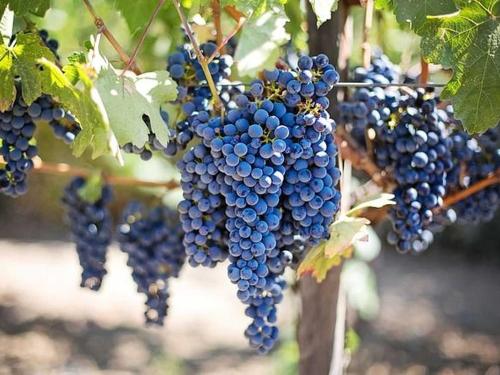 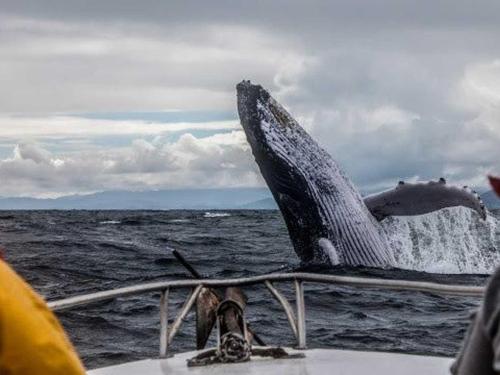 Morro Bay is a great destination to vacation and see the whales during your stay here at 456 Embarcadero Inn & Suites. California Gray Whales, Humpback Whales, Blue Whales, Finback Whales and Orca Whales are common sightings on the Central Coast. 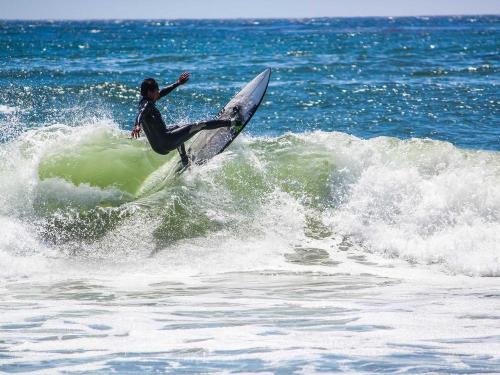 The surf near Morro Rock offers some great beach breaks and is perfect for all skill levels.

Surfers come to Morro Bay for the big swells and consistent waves, but many wander up the beach for uncrowded areas that are north of the rock. This surfing location offers a clean break along the Central Coast and surfing is usually best on the north side of Morro Rock. Since the beach faces due west, the swells hit the sandbars and create a variety of different breaks. The best time to surf here is when the tide is medium to high and is great for beginning and intermediate surfers. 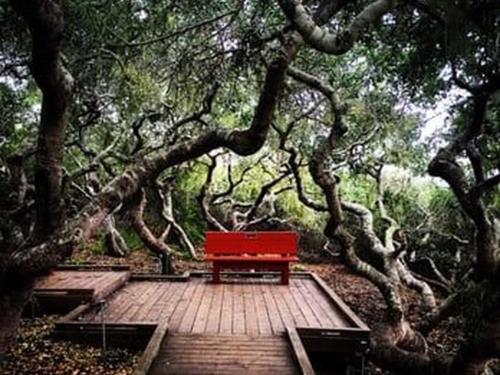 The El Moro Elfin Forest in Los Osos, adjacent to the Morro Bay estuary, is a 90-acre natural area belonging to San Luis Obispo County Parks and California State Parks. Its plant communities include coastal brackish marsh, riparian woodland fringe, pygmy oak woodland, maritime chaparral, coastal dune scrub, and oak and manzanita complex. The Elfin Forest supports more than 200 species of plants, as well as 110 kinds of birds, 22 species of mammals and 13 species of reptiles and amphibians. It is home to rare plants, butterflies, snails and birds. Chumash middens occur throughout the park. 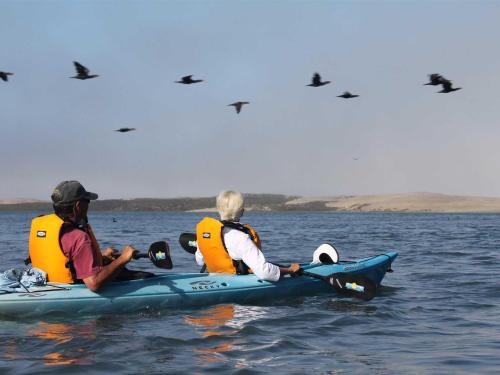 Explore Morro Bay by Kayak, Bike or Trail on the Central Coast and get closer to nature! There are several places to rent your bike or kayak in town: 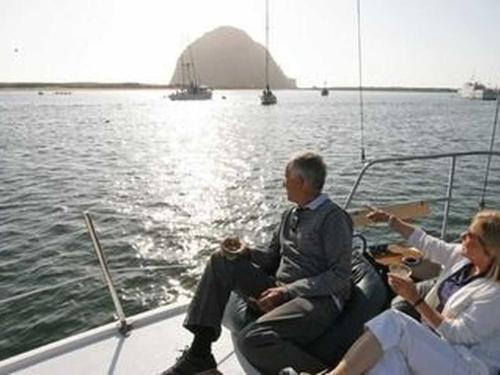 Cruise on the Bay in Style- Sailing, Boat Charters & Rentals

Enjoy a wonderful dinner, chowder or brunch cruise, take in sailing or captain your very own boat rental. See Nature at it's best on the Central Coast during your memorable vacation! There are many choices to fit your style here in Morro Bay. 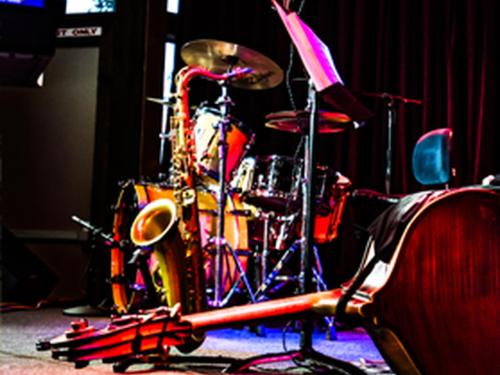 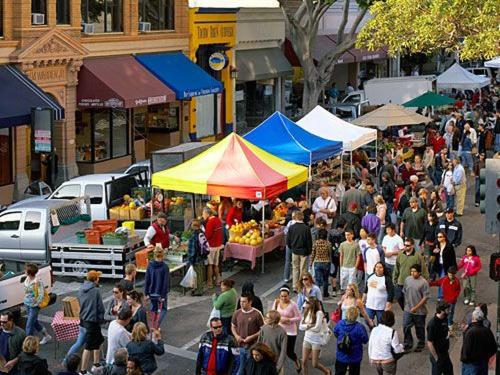 Check out our wonderful Farmer's Markets located in Central Coast cities all the way from Morro Bay to San Luis Obispo each week. The markets feature fresh produce, local consumer gifts and trinkets, entertainment and so much more! Visit the link above to find out more and see the schedule of our local markets. 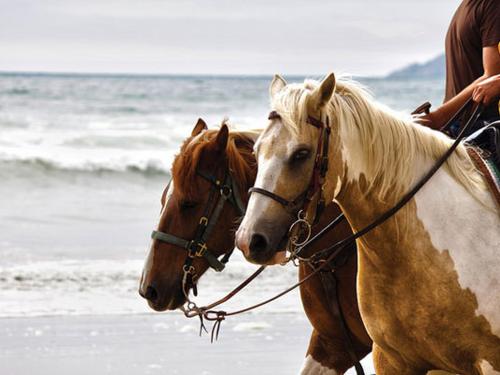 Horsing Around the Central Coast

For animal lovers and adventure seekers alike, travel on horseback through the beautiful scenery of the Central Coast! Gain a unique perspective on our scenic landscapes all around San Luis Obispo County by embarking on a guided horseback riding tour or setting off on a horse-friendly trail. There are several diverse locations to choose from, all within a 40-minute drive from 456! 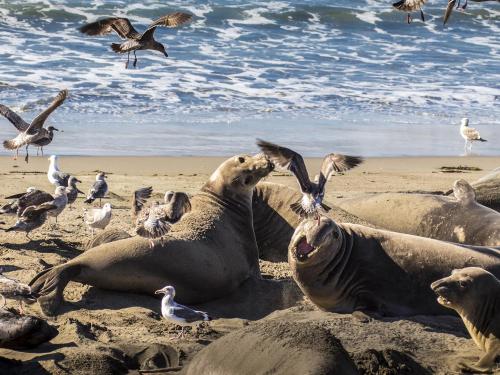 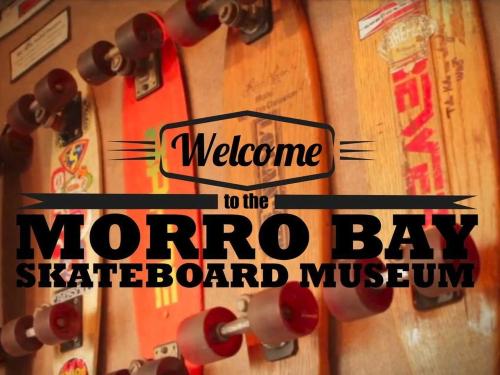 The Morro Bay Skateboard Museum opened in July of 2012. Its mission is to share skateboarding’s history and culture with all ages of skateboarders as well as the general public. Tour the history of skateboarding - from the early 1930's to present day. This local attraction features over 200 skateboards from all eras with rotating exhibits from extensive private collections. 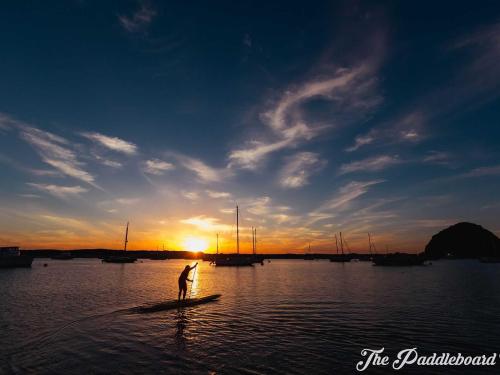 The Paddleboard Company provides SUP (Stand Up Paddleboarding) services to everyone from the curious newbie to the serious enthusiast who identifies with the outdoor lifestyle to the adventurous looking for new innovative ways to experience the outdoors. Founders, Ken and Sandi Twist, are experienced stand-up paddlers and have a variety of experience ranging from competitive racing, adventure paddles, down wind paddling, fitness and SUP yoga instruction, surfing, as well as thousands of miles of water time. They host monthly events to get you out on the water and out in nature using the beautiful Central California Coast as your playground. 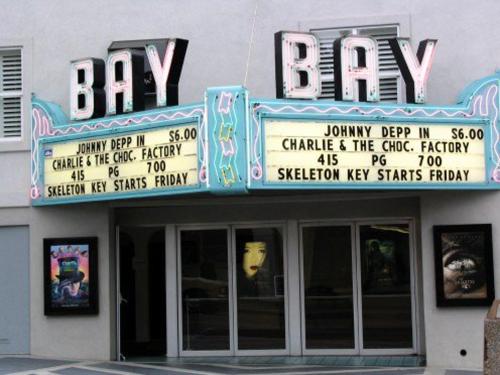 For a fun outing during your stay here at 456, check out a flick at the local Bay Movie Theater or take a short 15-minute drive over to San Luis Obispo to experience one of the nightly showings at Sunset Drive-In. These quaint family-friendly theaters offer unique movie-watching experiences right here on the Central Coast! 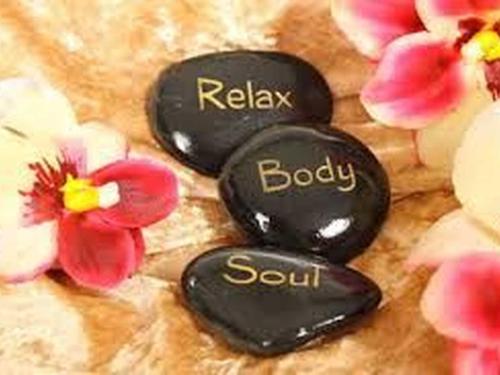 Everyone deserves serenity and relaxation during their vacation with us here on the Central Coast. Enjoy the soothing sounds of the ocean, seals, and other sea life from your tranquil balcony room. Then, find your peace with a Spa or Beauty Day or catch a Yoga Class at one of our local wellness locations during your stay.

Spa by the Bay

Serenity by the Sea Day Spa 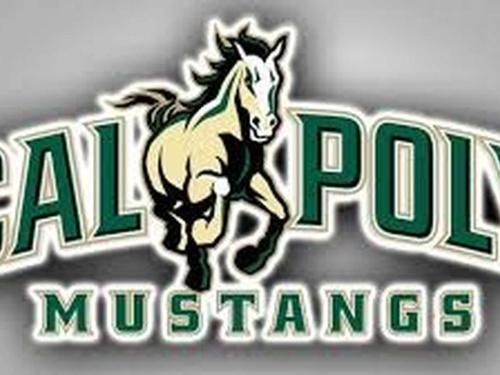 Cal Poly is a nationally ranked public university that prides itself on the individual success of its students. Located in San Luis Obispo, Cal Poly gives students an unparalleled college experience as well as industry connections in both the Bay Area and Southern California. Cal Poly is consistently recognized as one of the nation’s best values for graduates' return on investment. It is driven by its core philosophy of Learn by Doing — a powerful combination of academic expertise and hands-on experience. Be a part of the Cal Poly Mustang Family! Come stay with us when visiting the award-winning school. We are just a few miles away from the campus- right here on the sunny Central Coast! 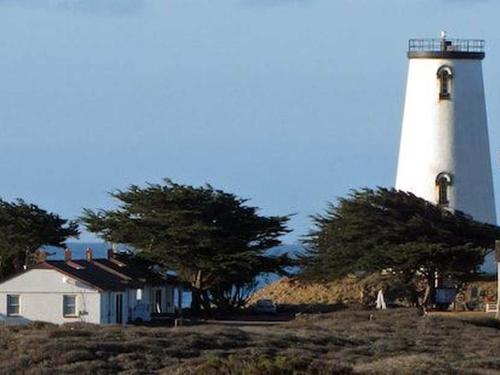 Located about 35 miles north of Morro Bay, ?Piedras Blancas Light Station provides a glimpse into our nation's past when lighthouses served a vital role in maritime navigation. Today it is managed as a historic park and wildlife sanctuary.

The light station is part of the federally designated Piedras Blancas Light Station Outstanding Natural Area and the California Coastal National Monument. The tower and some support buildings are listed on the National Register of Historic Places. 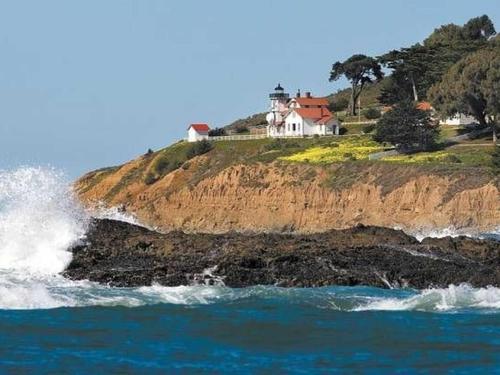 Come visit the lighthouse and experience what it was like to live 127 years ago.

The two-story main keeper's structure is sometimes considered prairie Victorian in its design, as well as considered prairie Gothic. The architect was Paul J. Pelz who designed many lighthouses in the late 1800's. There were two other identical lighthouses in California, one at Table Bluff near Humboldt and the other at Ballast Point near San Diego. Of the three, Point SLO is the only remaining lighthouse of its design. 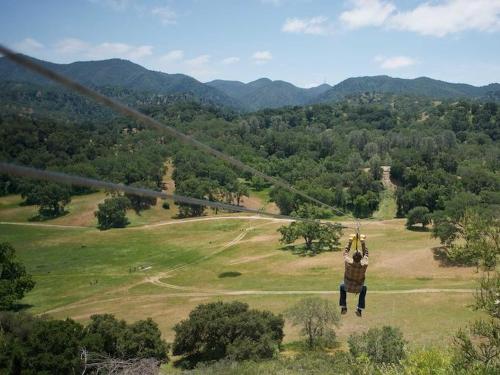 Soar over valleys, oaks, mountainsides and vineyards with Margarita Adventures Ziplining Tours in Santa Margarita- about 20 miles away from our boutique inn! The tour is rated one of the best things to do in San Luis Obispo Country and includes six distinct ziplines spanning more than 7,500 total feet. Create an indelible memory with friends and loved ones on your Central Coast vacation through this adventure! 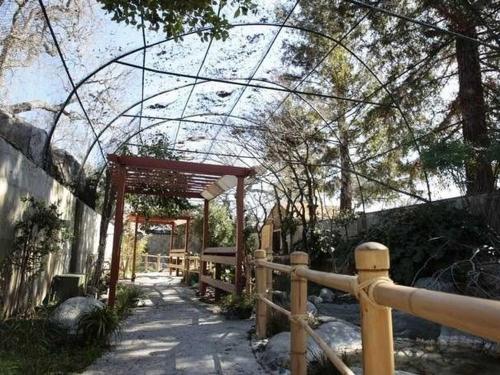 Located about 17 miles north of Morro Bay, The Charles Paddock Zoo is home to hundreds of animal species from around the world. Many of the zoo residents are part of globally managed programs to preserve animals and their habitats. The Charles Paddock Zoo is truly dedicated to the conservation of local and exotic species. If you want to engage with some of the rarest animals in the world in a safe and respectful environment then you will surely want to visit this Zoo during your Central Coast stay. 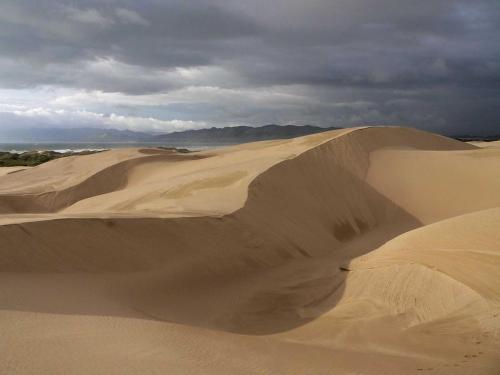 Go three miles south of Pismo Beach to find Oceano Dunes Preserve, one of the most expansive coastal dunes left in California. The Preserve offers rare opportunities for on-the-sand activities—you can camp, go horseback riding, and drive right on the beach. In fact, it’s the only California State Park that allows vehicles to do so (four- or all-wheel drive recommended). Thrill-seekers: Don’t miss the opportunity to fly up and down the massive mounts of sand in a Hummer or your own ATV or SunBuggy.

Sand is a signature element of the Pismo Beach area, but there are plenty of water activities too. For an adrenaline rush, try kiteboarding or surfing; for a more mellow activity, go on Central Coast Kayak’s three-hour Cave Excursion to explore the protected coves or rent a kayak to sightsee at your own pace. 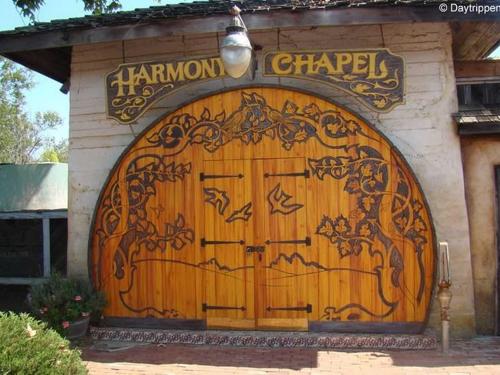 About 15 miles north of Morro Bay lies the tiny town of Harmony (population 18), nestled in the hills towards Cambria, CA. A perennial fixture of California's Central Coast, Harmony calls upon its rich heritage and colorful past to provide a quirky and charming homestead for lively arts, culture and cuisine. It’s close to the highway, but far from the rat race. You might take a stroll through the gardens, laugh over a relaxing meal at Bower & Baker Restaurant, wipe a tear at the chapel, or visit Harmony Glassworks or Harmony Pottery for a new piece of art you have just the right place for. Maybe you’ll grab a quick picnic to go from the general store, with a promise to return on the way home. No matter what you choose, Harmony is a great stop on your tour of the Central Coast!